by The Blessed Beat 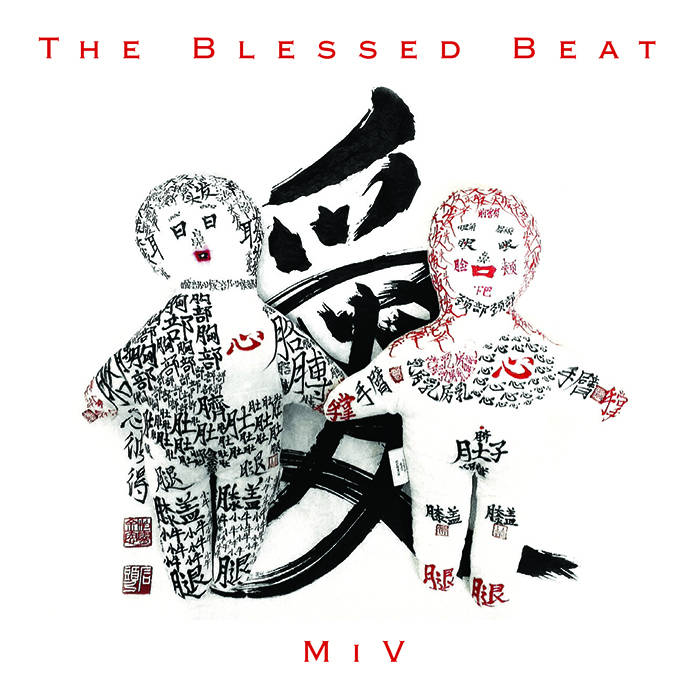 They do not play to illustrate this novel, but to make real the various (im)possi-
ble, rhizomatic connections between surprising sounds and tones – only this way they can remind us tense atmosphere of this writer. However, first of all, The Blessed Beat tries to go beyond... – not only beyond of this literary text, but beyond the space of binarities to find something “in between them”.

The music here is either massive, uncompromising aggressive (in kind of poly-
rhythmical and brutal sonic tsunami) or flowing sonoristically introverted, but you can feel and have a hunch that there is something more, which moves us to the otherness of unknown, adventurous, sometimes quite disquieting world where nothing is stable and expectable.

The specific immediate, instant, intuitive musical communication of David,
Simone and Paolo can overlaps your expectations because they are able to ex-press ineffable meanings of something “beyond and between”.

Due to his versatility, Italian drummer Simone Cavina plays with many different musical projects, ranging from radical improvisation to avant rock, through jazz, funk and songwriting. His musical research is leading him through electroacustic and electronic music, allowing him to enlarge his musical inspiration and his drumming style in brand new territories. He played and collaborated, among others, with Junkfood 4et, Berserk!, Yuppie Flu,Iosonouncane, Incident on South Street, Stefano Battaglia, Luisa Cottifogli,Mauro Patricelli.

2. Doesn’t looks dead to me

7. You’ve been fucking dead women all your life

8. Only a damn fools falls in love

Kollar treats his music with a deep degree of seriousness and personal involvement, as if each and every one of his projects was not only his proverbial brain child but as if it was his actual offspring. He treats his instrument as a gateway between his complex ideas and their audible representation, the same way a sculptor treats the chisel or a painter the brush."
- ADAM BARUCH ... more